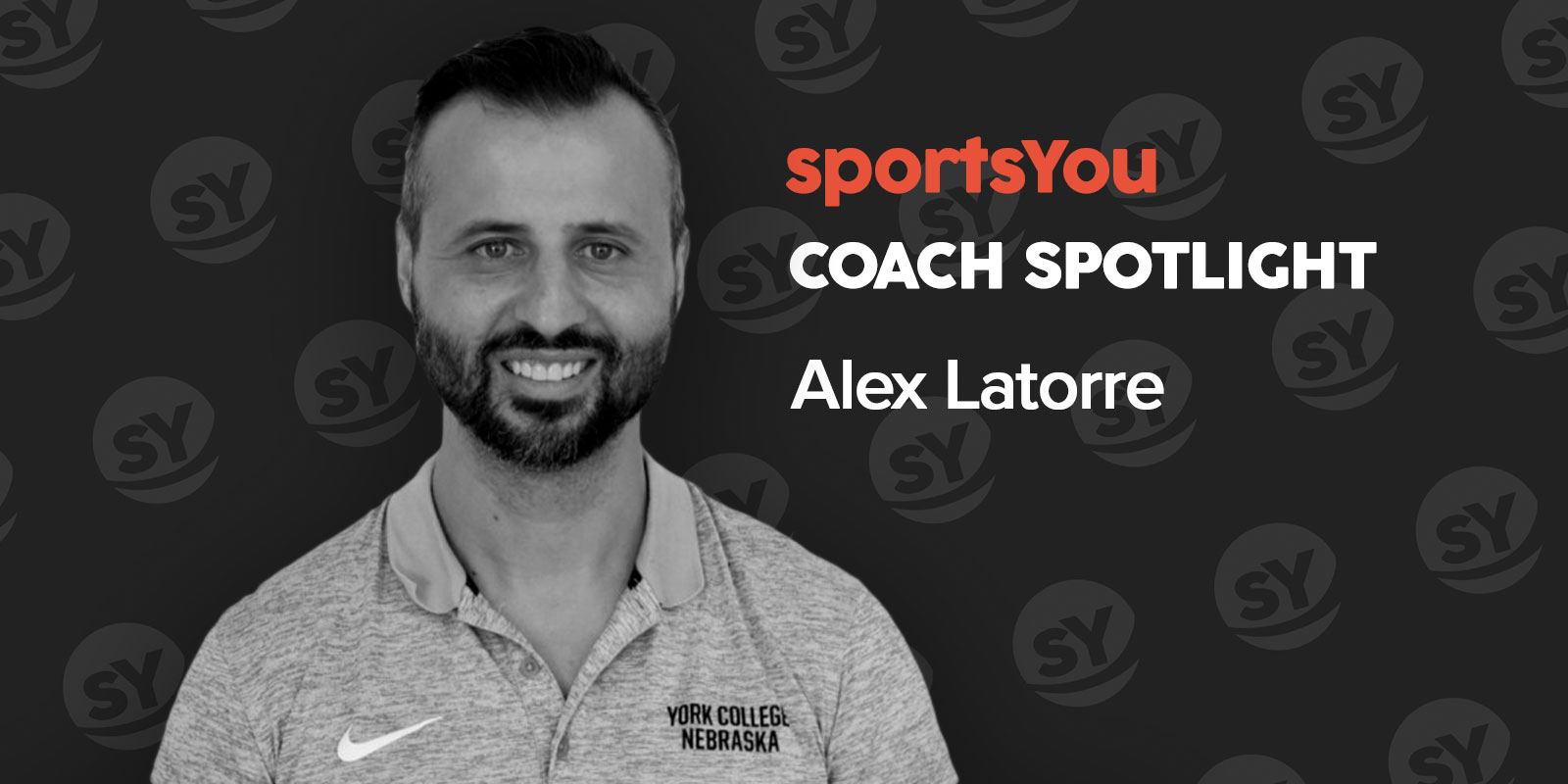 Coach Alex Latorre was born and raised in Brazil as part of a missionary family. “Soccer is basically a religion down there, so it was in the blood,” he remarked.

Alex moved to America to attend high school as well as college and continued to pursue his passion for soccer. Remarkably, he was drafted as a college sophomore to play soccer professionally for a year.

The men’s soccer team has flourished under his leadership. Last year, they achieved their first winning season in 15 years and defeated a team they haven’t beaten in 11 years.

sportsYou: What would you say are your greatest challenges as a coach?

Alex Latorre: Communication is the main thing. We used to use WhatsApp to communicate but the one thing that bothered me was that when I made a comment and somebody made a comment back, it pushed mine up high and some players would miss it.

I was trying to find something that was kind of like Facebook in that you post something and they can make a comment under my post, so it doesn’t get pushed up and disappear. I was also looking for something that would let me communicate better with my players. That’s how I got started using sportsYou.‍

“Communication is the main thing.”

I just took over the women’s team and the one thing they like is how organized it is. A big part of that is the sportsYou calendar. I can post everything on the calendar, so they don’t have to ask a thousand questions because it’s all on there.

sportsYou: How do you communicate with your players to help them improve year to year?

AL: One thing I really believe in is building a relationship with the players and having a culture within the program. By building that relationship, it creates opportunities to sit down with a player and tell them how they can improve and get better. I have that respect from them because I built that relationship.

We obviously practice and do a lot of drills but it really comes down to being on the same page. We do classroom meetings and go over soccer tactics and my expectations. It all comes down to communication and being upfront about my expectations for each player so, they’re not shocked when something happens.

sportsYou: What’s the number one quality you look for in a player?

AL: The number one thing I’m looking for is character. During the recruiting process, I ask the player questions to see if they’ll fit in the program. I have a philosophy called P.H.D., which is positive attitude, hard work and discipline.

“I have a philosophy called P.H.D., which is positive attitude, hard work and discipline.”

I feel like if you have those three things in your character, you can only get better. It doesn’t matter if you’re the worst or the best player because if you have those qualities there is only always going to be room for improvement.

AL: It’s not always about wins and losses. What matters the most are the relationships and building character because that is what’s going to last forever.

If you work on those things, you will start winning. I proved that in my first year as a head coach. Every year we were breaking records in my school. That is what I would recommend for new coaches coming in.