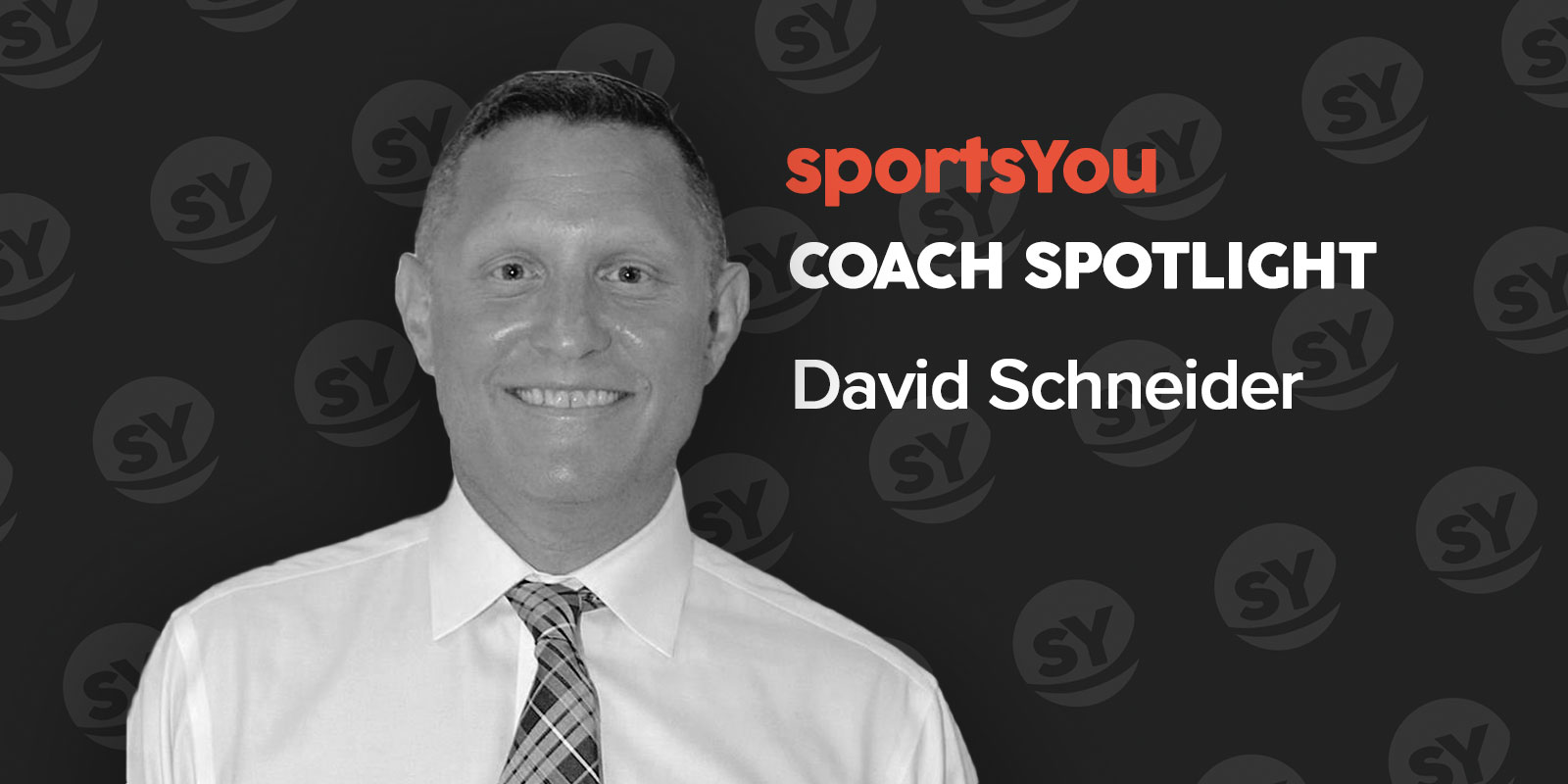 David Schneider is the national staff instructor for United Soccer Coaches and the superintendent of schools for the Bethpage Union Free School District. But David still finds time to be a coach for the Syosset Soccer Club.

David is big on inspiring his players to give their maximum effort and fostering a sense of team camaraderie. sportsYou had a chance to speak with him about the different strategies he deploys to accomplish that.

sportsYou: What are the main challenges you face as a coach?

David Schneider: The challenges as a coach is to continue to find ways to get your players to give you their maximum effort each time you’re with them. The hope is that if you accomplish that, it will then also translate into them giving their maximum effort when they’re not with you. Especially if you ask them to do things off the field outside of your normal practice and training time.

With sportsYou I’m able to post things that become resources for the players on an easy-access platform. Whether it’s simple things like a workout or other things that aren’t so simple like a reflective assignment, they all go to this one place and get it there.

sportsYou: Are there any strategies that you deploy from year to year to help your players improve?

The player movement problem is incredibly high on Long Island, yet I’ve been able to maintain all of these players since a very young age. The only times that I lose players are when they’ve decided that they no longer want to compete at this level and make that level of commitment. They step away from the game, which is in essence a failure of mine too, but it’s more because of the choice between soccer and other things. It’s because they have to focus on their grades or can only play the one sport and hockey is the bigger sport for them or something like that. But that has happened with only two or three players out of my many years coaching.

sportsYou: Could you give examples of ways that you try to foster camaraderie among your teams?

DS: We’re playing a lot of smaller games of which the groupings are constantly being changed, so there isn’t going to be a group of players that stand out differently than any other group of players. We’re always doing things where the players have to rely on one another. The activities don’t allow one person to be able to run the show and stand out on their own. Soccer is very heavily dependent on teamwork to be successful.

Also, in any moment of failure such as a missed kickball or misplaced pass, the manner in which we speak to each other and the language that we use is very important. I work very hard to instill a sense of growth mindset in our players. That’s the belief that talent is something that can be developed and not something you’re born with. You start with the idea that when someone says they can’t do it, your response is you can’t do it yet and if you keep working on it then you can get there.

The feedback loop that we provide our players is very important and it’s the same kind that I expect of my teaching staff here as the superintendent of schools.

The feedback loop that we provide our players is very important and it’s the same kind that I expect of my teaching staff here as the superintendent of schools. The type of feedback and language that you’re using when things don’t go perfectly, as they don’t so often in sports, is very important.

You can have a higher level of expectation without being demeaning and you can speak in a productive way to provide good feedback so that they can learn from their mistakes and not get discouraged by them. This helps the players stay motivated to continue to work towards progressing to get better.

sportsYou: Is there any advice that you would give to soccer coaches who are just starting out in the field?

DS: The most important thing you tell anybody who is working with kids is that if you think about three words that describe your favorite coach or teacher, I guarantee you that those words are going to deal with the way in which that person treated you. They could be kind, nice, funny, respectful or demanding.

None of those words are going to have anything to do with knowing the ins and outs of your sport or of your content. It’s all going to be about the manner in which you treat people. The real power of being a good coach and teacher is not how well you understand the ins and outs of the skills of the sport. That stuff is easier to learn and connecting with kids is much harder to learn.