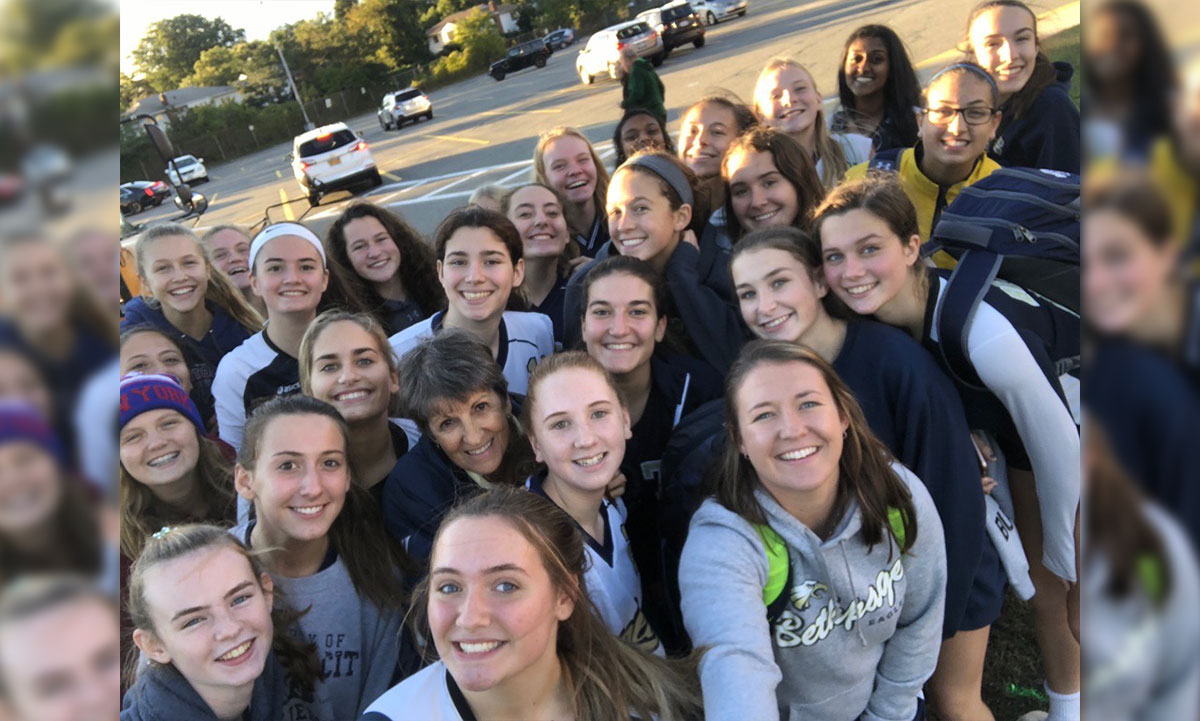 Julianne Tierney has a lot on her plate. She is a special education teacher and the high school softball, volleyball and basketball coach for the Bethpage Union Free School District in Bethpage, NY.

You can tell from the enthusiasm in her voice that she loves her job as a coach and takes it very seriously. Team bonding is something she is especially passionate about.

She took some time to speak with sportsYou about how she fosters those bonds and other ways she sets her teams up for success.

sportsYou: If you could pick one thing, what would you say was the highlight of your career as a coach so far?

Julianne Tierney: When we had a 13-inning game at our Autism Awareness softball game last year against East Rockaway. It was a big fundraiser game and we played an awesome game. That was one of the best moments so far.

One of my students threw out the first pitch at the beginning of the game and the girls wore light blue jerseys. The game went into extra innings because we were tied the whole game but we won with a walk-off.

sportsYou: What would you say are your greatest challenges as a coach?

JT: It’s mostly things that go on off the field like the relationships between the girls. You want to create that family environment. It’s not something that’s necessarily hard to do but it’s something that takes work. You have to create team-bonding experiences and things like that.

“You want to create that family environment. It’s not something that’s necessarily hard to do but it’s something that takes work.”

In all three seasons, we do a lot of team bonding days where we play team-building games and we talk about things that don’t always pertain to the sport to grow individuals as people. For softball this year, we went on a trip as a team to Disney and that was such a great experience for everybody.

You don’t really have a lot of time as a high school coach. Every day, you only have about two hours of practice but it takes a lot of extra time to do the team-building things and to make sure that they’re having a good experience with that.

I think that to be successful on the field or on the court, you have to have that team camaraderie. You have to trust the person next to you. I think that comes first before anything that goes on out on the field.

sportsYou: What made you decide to use the sportsYou app to communicate with your teams?

JT: At the beginning of my coaching career, I used TeamSnap a little bit but the sportsYou interface is a lot better. sportsYou is easier to use and it’s easier for kids to sign up for. The other app didn’t have push notifications but with this app, when you get a message it’s like getting a text message instead of an email.

I really like that you can invite the family members so everybody can see anything that gets posted. I put all pictures on there as well as the schedule. You’re able to chat with individual parents or team members. It eliminates any issues with contacting them through a personal phone.

I also like how you could see who viewed each post. You’re able to see which girls have seen it and which girls have not seen it. The app also makes an album of all the things that went on during the seasons. It allows everybody to be on the same page.

My players definitely like using it but in the beginning, it was a little bit of a transition for them. For softball and basketball this year, we used sportsYou for everything.

sportsYou: Do you have any strategies to help any of your softball, volleyball or basketball players improve from year to year?

JT: As a coach, you have to invest in the individual player as well as the team. Everybody has their own set of skills and I think it’s important to work on team building and team strategy as a whole but to also invest in players as individuals.

“I know how to teach kids skills but the trust fact or is really important. As soon as they trust you then they’re able to learn from you.”

Trust is also a factor. I have a lot of experience because I played volleyball and softball in college. I know how to teach kids skills but the trust factor is really important. As soon as they trust you then they’re able to learn from you.

sportsYou: Is there anybody who inspired you in your career as a coach?

JT: I had a lot of great coaches. I actually coach now with one of the coaches that I had. But I would say that my dad was the best coach I ever had. I always wanted to be a coach like he was. He wasn’t a high school coach but he was always my coach and I learned a lot from him as I was growing up. He was a big supporter at all my games in high school and college.

sportsYou: Do you have any advice for new coaches?

JT: I think it’s important to control what you can control and not get worked up over the small things. It’s a lot more than sports because you want to teach them to be good people. I knew that going into coaching.

You have to remember as a new coach that coaching and playing are very different. Sometimes they’re not always going to be able to do the things that you did when you were at your best. You need to invest in their development. You have to teach and build their skills so they can get to that level.